Sitting with management at the final review for your customer survey questionnaire someone is going to ask about the incentive for survey completions.

It’s a good question but what is the right answer?

It depends on a lot of factors.

In this post we’ll examine the research and add it to our experience over 20 years and millions of survey responses to provide you with a plan of action.

Do You Need an Incentive?

The role of a survey incentive is to get you more customer feedback survey responses. So the first question is:

While a 100% response rate would be nice, it’s not practical. On the other hand 0% is not practical either. So what is the minimum you need?

In a typically statistical answer; it depends. As few as 5 responses can provide a very good indication of an issue if they are consistent. Where responses are not as consistent the number of responses typically needs to be higher.

Depending on these factors there is a minimum acceptable response rate.

You should use a survey response rate calculator to determine the range of response numbers that will be effective in your situations as it be surprising. Sometimes a 1% response rate is fine, sometimes you need 20%, occasionally more.

In short yes, incentives do increase the number of responses you receive for a customer feedback survey.

“[an] 8% increase in the number of responses received across channels, this varies slightly on the channel of feedback used”

In testing by Iron Mountain, they found a charitable donation incentive lifted NPS survey response rates by around 30%. However, this lift did drop over time as repeated respondents received the same offer in future survey rounds.

Other research also indicates that, generally, incentives do work to increase response rates, when implemented in the right way.

A common concern with the use of incentives is:

Do survey incentives change the accuracy of the data collected?

Research indicates that when used correctly, incentives do not change the reliability of data by respondents. This has been shown in several studies.

On the other hand, as part of his research Andrew Cook also found that incentives increase the customer feedback score by 4% across the board.

The impact can also be seen in this research that showed a lottery incentive changed the primary reason for responding.

It would be easy to imagine that responses from people focused on winning the gift certificate might be less considered than those focused on helping. In the case of this research, they concluded it did not change the accuracy.

As delivery consistency is an important aspect of customer feedback design, you should either use an incentive or not.

Changing mid-way along may impact on your ability to compare historical  scores.

So if incentives work, and they don’t skew our data too much, which ones are the most effective?

There are lots of different types of incentives but they come down to just a few different main variations.

Aside: In all of these discussions, I would typically not suggest giving respondents a “credit on their account”, particularly for business customers .This is not personal or “real” enough to have a substantial impact.

A promised survey incentive is where you give something of value to everyone who completes the survey.

Critically, the value must be substantial enough to drive action. In this research (“Money Will Solve the Problem”: Testing the Effectiveness of Conditional Incentives for Online Surveys) different values of incentive were tested.

A pre-paid survey incentive is given to everyone who receives the invite, regardless of whether they respond or not.

In on-line surveys, vouchers are often used instead of cash as they are easier to process.

While this may seem crazy, it can be a very cost effective solution because a pre-paid incentive has a much higher impact on response rate than a promised incentive. Thus you can use a smaller incentive and generate a larger response rate.

In this research a range of pre-paid incentives were tested and created substantial lifts in response rate. Even a $1 offer lifted rates by around 25%.

It may appear strange, that a non-contingent reward can influence people but I believe basic human nature is at play. In his book Influence, Robert Cialdini outlines how significant reciprocation is in the human psyche.

Small gifts can generate enormous obligations in the receiver’s mind. The small “gift” of the pre-paid incentive generates an uninvited debt that can be quickly repaid through responding to the survey.

On the other hand the promised incentive is interpreted as a “payment for the service” of responding to the survey. Now the incentive must be much larger and for many senior executive or high income people this calculation of their “hourly wage” will be far below what they perceive to be worthwhile. Thus they will not respond. It may even discourage them from responding.

This also leads me to believe that pre-paid incentives may be very effective for those difficult to get senior executive and high income respondents. Although I have no evidence of this.

A lottery survey incentive is where the respondent is entered into in a lottery to win a substantial prize as payment for responding. Lottery incentives are effective in lifting response rates.

In this research (Understanding the Impact of Lottery Incentives on Web Survey Participation and Response Quality: A Leverage-salience Theory Perspective) that lift was 26.6% (from 19.9% to 25.2%)

The research generally indicates that a lottery incentive has about the same impact as a straight payment for the respondent.

However, specific tests of lotteries against other types of incentives or no incentives show that lotteries are no more effective in web surveys than in other kinds of surveys: in most tests, lotteries did not significantly increase response rates over a no-incentive or alternative incentive group.
The Use and Effects of Incentives in Surveys

In addition lotteries are generally more difficult to administer as they will often require registration and government approval. The regulations vary depending on country and state making the process complex for national and international implementations.

Personal Incentive Vs Donation to Charity

Here the research is strong and indicates that promised donations to charities have a lower impact than payments or vouchers to the respondent themselves.

What I do not have is any research on the effectiveness of pre-paid donations to charity, e.g. : “We have donated $5 to [insert charity] in your name”.

Based on the above evidence these may well be very effective for senior executives. The “in your name” part would be important in this case to create the personal reciprocity element.

How to Implement Effective Survey Incentives

Good survey design and execution will often yield effective response rates with no need for an incentive.

Elements of a good design include:

Check out this complete guide of all the ways to maximise your survey response rate, without an incentive.

If you still don’t have a higher enough response rate move on to Step 2.

Step 2: Select The Best Incentive for your Situation

Based on your audience select the most appropriate incentive:

Needs to be a relatively larger incentive. Administration of providing it to each respondent can be substantial

Can be a smaller incentive and administration can be more simple, as everyone receives the incentive.

Yes – implemented correctly, incentives will increase survey response rates. Whether you use an incentive depends on the value of the additional responses vs the cost of the incentive.

How do I incentivize people to take a survey

Start without an incentive by making the survey as short as possible, easy to complete and remind them once or twice. If that doesn’t lift response rates high enough then you can add lottery or guaranteed gifts for completion. You need to take care that you do not impact on survey accuracy in the process.

Are survey incentives conflict of interest?

Generally no, but you do need to be careful in using them as improper use can subtly alter how people respond to your survey

How much does incentives increase survey participation

This depends very much on the size of incentive and audience but response rate lifts of 30% all the way to tripling (300%) can be achieved. 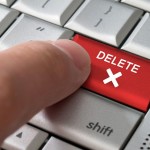 How To Increase Survey Response Rates: The Complete Guide