Why do Australians reject foreign brands? Why do Australians reject foreign brands?

Today’s post is a little bit different from our normal posts. This Colloquy study: “The 2011 COLLOQUY Cross-Cultural Loyalty Study” caught my eye. It’s a good study and looks at the different views of customer loyalty in different countries.

The Colloquy guys focused on the differences between the emerging economies (Brazil, China and India), and developed economies (Australia, Canada and the U.S.). However, what hit me was how Australia looked at the world, not to the world, but at the world.

There are two charts in particular that I found to be an interesting comment on Australia and its perspective.

The first one, below, asks the question “Competition from foreign companies is a good thing.” I was surprised or perhaps disheartened to see Australia rank the lowest of any country. Turning this around it says that Australians would prefer no external competition. It is not clear to me where this perspective comes from.

For many years, Australia was far removed from the global competitive arenas due to the “tyranny of distance”. That was 20 or 30 years ago.  Perhaps this is a legacy of that time. However, in the current global market place this idea must surely be past it’s use by date.

More troubling to me is the apparent rejection of external competition by Australian consumers. A strong competitive market drives innovation, value for money and diverse options. There are constant calls for increased competition across a range of sectors in Australia but it seems that consumers only want local competition.

I find this a strange reaction from a country that prides itself in punching above its weight in many areas on the global stage from mining to biotech to Olympic medals.

The other chart that caught my eye examined optimism for the coming decade.

If the first chart was disheartening then this one is worse.  Australia is the least optimistic for the coming decade of all the countries shown and well below countries in arguably a much worse economic position. We have enormous mineral wealth, a good economy by global standards, low unemployment, and good opportunities for most people. Yet we are caught up in pessimism that just does not seem to be justified.

Perhaps the U.S. is so much more optimistic because they are in a worse economic position at the moment and people there can’t, and don’t want to, imagine that it will get worse over the next 10 years.

On the other hand perhaps the bruising political debate here in Australia over the last two years has really taken a toll on the Australian psyche. If that is the case it is a pity because the “she’ll be right” attitude that Australians have been so proud of, and famous for, in the last 100 years seems to have been tarnished in the process.

Next week back to our normal programing but these two charts seemed too important to skip over.  What do you think they represent? 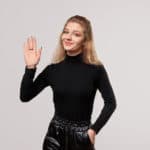 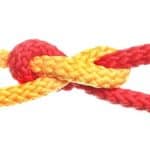 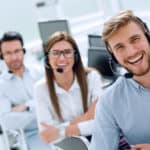 80% of Customer Loyalty is Driven by These 3 Service Attributes

Want to build trust with your customers? Recommend a competitor. 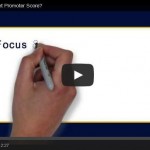 How Can I Increase Customer Loyalty Without Increasing Costs to the Business? [Video] 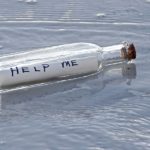 How To Match Bank Customer Retention Strategies to the Customer Lifecycle The 4 Drivers Of Customer Retention